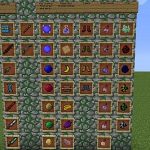 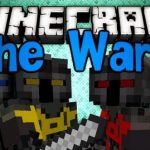 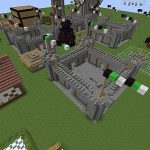 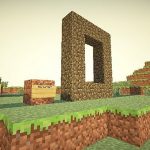 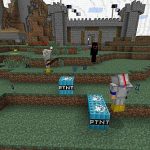 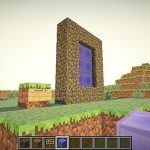 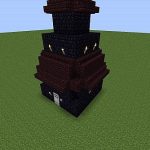 The Wars Mod for Minecraft – The Ultimate Game Changer

The Wars Mod for Minecraft started August of last year and has currently turned into a highly popular feature extensive mod. It features over 80 unique blocks, with all of them creating instant structures which are far beyond other mods ever created. It also comes with a varied, and well-balanced class system and 9 unique classes, all of which are perfect for an undestructive, yet incredibly fun to play PVP gameplay.

The Wars Mod is well loved because of its features. Among them is the presence of unique classes. There are nine of them in total. The first one is the guard. It does not have any drawback in terms of use, but there are no specials as well. It can be what you may call as the normal guy. The Knight, on the other hand, holds a super strong sword but is slow. One of its strongest feature is that it can cause confusion to enemies when they are hit.

The Archer has a very powerful bow with unlimited supply of spectral arrows. The healer can hit the people within your team in order to heal them. The scout, despite being weak, is super fast and may cause your enemies to be blind when hit. The tech can hit anybody using your spanner, and they cannot hurt anything for a period of 10 seconds. As part of their special asset, they have a TNT which does not damage any terrain.

The Wars Mod for Minecraft implements several amazing features when implemented. Among them are naturally spawning, arenas, as well as the mentioned unique classes. When using features, the arenas, for instance, the developer should be extremely considerate and careful with what the other players’ thoughts are. When using the single player mode, the use of arena will also be useless if no other competitors are present in the game. The arenas can include the implemented mobs as the competitors. Once in the arena, these mobs will try to kill you, or even compete in whichever arena selected.

The Wars Mod can implement all the most amazing, and the extremely popular arenas to the game. These are the ones that are usually implemented by the most experienced minecraft players. This Wars Mod for Minecraft, both SSP and SMP are the same thing, but once it is installed in the client side, while the server installed similar, both of the players will enjoy the mod together, thoroughly.
Features:

More than 80 unique blocks that create Instant structures far beyond any mod you have seen before.
A well balanced and varied class system with 9 unique classes that are perfect for undestructive but incredibly fun pvp gameplay.
Archer-has a powerful bow but no other special abilities
Tech- hit anyone with your spammer and they can’t hurt anything for 10 seconds. They also have a special type of TNT that doesn’t damage terrain
Healer- hit people on your team to heal them
Guard- no down sides but no specials. The “normal” guy
Knight- super strong sword but slow and causes confusion for enemies when hit
Scout- super fast and causes enemies blindness when hit but weak.
Chaos warrior- only donators can use this. Fires wither skulls from his sword but is slightly slower
Hunger games creator, auto resetting and chests with randomly generated items.
Tons of teleporters.
5 new ores used for crafting all the stuff in the mod.
Admin wands to help with world shaping and map editing
City creators including road creator, wall creators and instant roadside lamps.
Amazing new foods that allow for saviour in the heat of battle. Every class can use every food although some are better suited to certain classes. You’ll have to try them to discover their secret effects.
Npc’s for each team that fight each other but not players or other npcs on their team.
4 epic teams to choose from.
Some npcs of youtubers that supported the mod
Everything you need to set up a incredible server in a matter of minutes
Massive killstreak system complete with powers and messages
6 PVP Arenas (Different map environments, sizes.) 6 Spleef Arenas. (this arena, consists of the competitors digging their way to victory) A Hunger Games arena (Survival Games). 2 New spawning Towers. 2 New buildings. 4 Unique Castles. Including much, much more!
The Wars mod also implements the new classes for the arenas, in which are also listed below this sentence: Archer. Guard. Knight. Technician. Scout. Healer. Competing singularly with this mod installed is fun. However using this with a variety of friends, or other players you may know; the mod will soon enough become amazingly fun. This is why the mod developer has taken the extra time, and devotion into making the effort of making a SMP compatible version of the Wars mod, and released it to the public. The Wars mod, both SMP and SSP are basically the exact same, however once a player has installed it client side, and the server has the mod installed also; both players will be able to enjoy the mod thoroughly, and together.