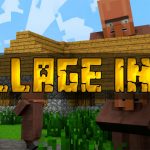 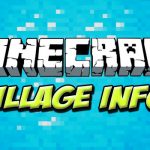 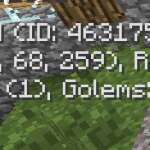 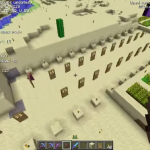 Sometimes you get to see a village or two in Minecraft, but it can be hard to identify the village size and other important information, so you might end up ignoring it. If you wanted a tool to help you with this, someone has created the Village Info Mod that not only allows you to understand what is that village all about, but you can also find out some other cool stuff about each village.

You might see the mod as being a public information board, but a very fun and refined one that brings in a lot of cool stuff!

Usually Minecraft is quite limited when it comes to the village information, mainly because of the SSP. This is the main reason why it the Village Info Mod Minecraft was created in the first place, all so that you can have a much better village exploration experience.

While some play Minecraft for the exploration, there are plenty of other users that want to work hard in order to obtain the best possible outcome. This is why finding out village information with the Village Info Mod 1.11 can come in handy, because it places an entirely new appeal into this amazing experience and it does bring in front quite a lot of interesting mechanics which are more than impressive to say the least.

You understand the center and radius of the entire village, which is quite an important piece of information on its own, but at the same time you can also obtain immediate access to the number of villagers, golems as well as the reputation and breeding status of the village.

All the information combined manages to bring in front quite a lot of potential and it’s just a very impressive thing, that’s for sure.

This mod is surely impressive based on the amount of information that it offers, and since this information can be accessed whenever you want, you will be able to use this info as many times as possible in order to acquire the desired results.

Once you start using the Village Info Mod 1.9 you won’t have a problem using it over and over, mainly because it’s so much fun to use. The entire information offered by it is very accurate, something that does bring in front quite a lot of convenience unlike never before. It’s extraordinary to see how the gameplay offers an outstanding set of results thanks to this mod alone, so if you want something that will provide you with more info about the villages in Minecraft, then this mod is indeed the answer. Refined and truly impressive, this is an amazing mode that will definitely spruce up the way you play.

Villagers: Number shows the current count, the one in brackets the limit for breeding (determined by number of houses). Note that there’s some oddity in the way MC counts villagers (which is different than the method used to find a village for a specific villager), because it counts villagers using a box with only 9 height, instead of a sphere.

Golems: Numbers show the current count, the one in bracket the limit (determined by number of villagers). If you’re inside the golem spawn zone, an extra line will appear.

Houses: Number shows the current count. If it’s in green (i.e., at least 21), there are enough houses for golems to spawn in the village (doesn’t mean that there are enough villagers though).

Breeding Status: Since 1.4.2, if villagers are killed by mobs or non-entity-related damage sources (e.g. fire), they’ll stop breeding for 3 minutes. The latter condition applies only if a player is nearby.

Reputation: Shows your reputation with the village. If it’s -15 or less, it will turn red. At that point, golems may start attacking you.
How to install:

Download the mod
If you haven’t done so already, start the official launcher to download the version of Minecraft you want to use (e.g., 1.7.x)
Go to the “>versions” folder inside your minecraft installation (by default %appdata%/.minecraft/versions on Windows)
Create a copy of the folder whose name corresponds to the Minecraft version you want to use and name it however you want (e.g., 1.7.x_modded)
Inside that folder, rename the existing .jar and .json files according to the folder name you just chose
Open up the .json file in a text editor and replace the contents of the second pair of quotes with the folder name. For example, change “id”: “1.7.x” to “id”: “1.7.x_modded”.
Do steps 2-6 listed below (for Minecraft 1.5.2 and below), using the jar file you just renamed instead of minecraft.jar
Start the official Minecraft launcher, click on “Edit Profile“, and, under “Use version”, select your newly created version (in this case, 1.7.x_modded)
Save the profile, click “Play” and enjoy