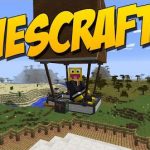 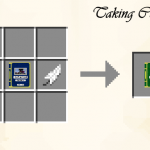 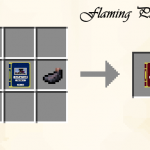 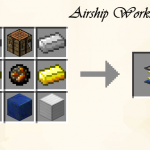 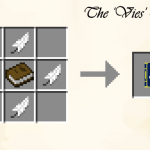 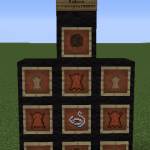 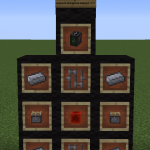 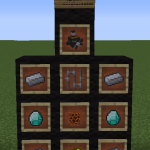 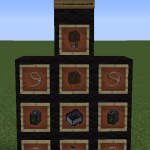 It is a unique mod that allows you to build airships and then fly on them around the game, seeing the terrain and building from a whole new angle. The impressive thing is that it does not stop at building the aircraft but allows you to board and experience the game from a new light. The aircrafts in ViesCraft Mod require fuel such as coal to operate. The availability of fuel often dictates the duration of the flight. Each unit of fuel usually has about a minute of flight which means that a whole stick could last about an hour or so. Once the fuel runs out, it is advisable not to be over water or lava which could destroy your aircraft when it goes down.

Unlike other Mods, ViesCraft Mod 1.11.2 allows you to customize your ship. You are able to change the color of your aircraft as well as tweak other functionalities. The freedom of this mod allows you to make the aircraft to your specifications. You can now continue gaming with an airship that takes on your personality and one that appeals more to you thanks to the Mod.

Among the ViesCraft Mod are also: the main, control and paint guides alongside the airship work bench where the player can choose the options of what they would like on their airship.

The player can also use the ViesCraft Mod 1.11.2/1.7.10 to configure Viesoline Pellets whose duration of burning is done via the configurations. This is done on the work bench using a piece of coal and Redstone dust. Some of the configuration options that have been added also allow the player to do away with all the vanilla fuel sources.
Why opt for ViesCraft Mod?

It is a pretty cool Mod which is more advanced than all the other normal Minecraft Mods. It is unique and has a lot to offer the player. It is unlikely that a player would get bored using this mod. The mod are worth using as they will enhance your experience and give you a whole new perspective on playing Minecraft.