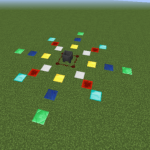 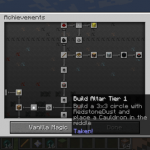 Vanilla Magic Mod 1.11.2/1.10.2 is a brilliant and rather useful mod which has been designed to add a wide range of different magic features to the game without really adding any kind of new items to it.

with the Vanilla Magic mod Minecraft, players will be able to utilize various magical abilities without needing any new items

Even though there are quite a lot of different and powerful mods which have the same orientation, they all share one thing in common – they require the usage of different items in order for them to function properly. With this in mind, it’s worth noting that this is something which the old-school hardcore players of vanilla Minecraft do not particularly enjoy. This is the main reason for which the mod players will be able to take advantage of different abilities without having to use any kind of new items at all.

It is also worth mentioning that because all of the features that the Vanilla Magic Mod minecraft boasts are usually going to revolve around the classic version and items of the game, the abilities which are provided by this mod aren’t as powerful as other mods with the same magical orientation. Furthermore, it is also important to note that the mod was released quite soon and it is definitely true that new features are going to get released. Now, even though it was released with a fair amount of spells and abilities, we are most certainly set to expect a lot new ones.

Right now, players can take advantage of a bunch of rather basic spells with magic elements delivered by the mod such as teleportation, fireballs, and larger fireballs. They can even come to summon a large meteor if they get particularly furious and want to make the situation grimmer.

In any case, the Vanilla Magic Mod 1.11.2/1.10.2 does offer a variety of different features even though it’s not yet completed in full and there are a lot more to come. This is particularly interesting and makes the game a lot more versatile.