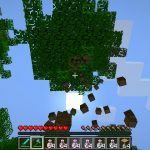 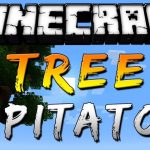 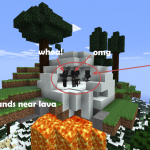 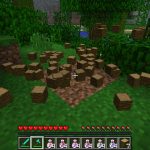 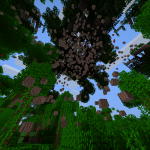 Use the TreeCapitator Mod to Advance Faster in Minecraft

Minecraft is today’s most popular kids’ computer game. Described as a sand box game, it allowed players to create a world full of possibilities only limited by their imagination. Minecraft allows players to mine for resources including ores and coal and craft weapons, tools and build other useful facilities. To survive, and develop your Minecraft world, players are supposed to knock down or cut down trees from the forest blocks. However, once you have gotten used to the game you might become bored of having to spend time cutting down trees from time to time, this is where the TreeCapitator Mod comes in handy.

The TreeCapitator Mod is designed to help players significantly reduce the time it takes to cut down a forest of trees to be used in crafting various resources in the Minecraft world. In Minecraft as previously stated, players can develop their world as they please. Additionally, the players also have the ability to develop different worlds in different ways. To achieve these development goals, they have to use a lot of wood. The TreeCapitator mod increases the speed of cutting trees allowing players to focus on crafting useful tools as well as developing defenses among others.

Players looking to increase the speed at which they cut trees on the game can use TreeCapitator Mod 1.8. The mod allows players to cut down trees from blocks at one instance saving them time and effort. Another benefit of using the TreeCapitator Mod 1.7.10 comes in that players can easily change a lot of stuff using the configuration file. For instance, players can change the definition of an axe as well as the definition of a forest so as to make it easier and more convenient to play and achieve their development objectives.

Forge version can break any log out of the box (see .minecraft/config/TreeCapitator.cfg for details)
Sneak while chopping to break logs normally (configurable)
Configurable list of tool IDs to determine what an “axe” is
Optional item damage based on number of logs broken (defaults to enabled)
Optional increasing item damage per block broken (off by default)
Smart tree-detection (configurable)
Option to destroy leaves (enabled by default)
Option to shear leaves (with a shear-type item in hotbar)
Option to shear vines (with a shear-type item in hotbar)
Disable drops in creative
Disable tool requirement
Mod version checking (never miss a new feature)

It is worth noting that once you are used to playing with the TreeCapitator Mod 1.7.10, it becomes quite difficult to play the game without it. Since it makes game play easier, departing from it will make you spend more time on menial tree cutting tasks.

Ardent Minecraft fans looking to increase their progress in the game should look to the TreeCapitator Mod to gain the above benefits. With this mod, you will have more time to work on developing your world.