The Titans Mod for Minecraft 1.8 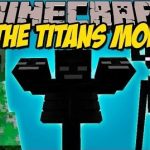 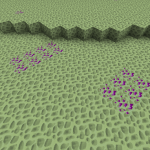 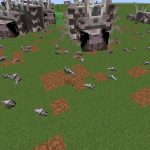 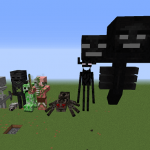 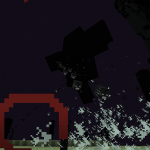 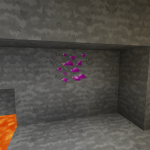 The Titans Mod for Minecraft 1.8

What is Titans Mod?

It’s a mod that is responsible for generating Titans in your Minecraft worlds. The mod generates so far a total of 16 Titans. These Titans, such and how its own name are beings of great dimensions based on default lobs of Minecraft, only that besides being giant, with plenty of life and much attack power, also have the ability to generate mobs of your own species to normal size.

This mod also adds a new mineral, called Harcadium, which allows you to crafear weapons, tools and a set of armor that will give us defense and incantations, and will be very useful to fight against the Titans.
Here’s the list:

Titans are affected by resource packs that change their smaller counterparts textures. All Titans have the ability to spawn smaller versions of themselves. Witherzilla spawns his minions from his head (literally), the Ender Colossus makes his teleport in, and the rest raise their minions from the ground, no matter what the material. If it’s grass, it turns to dirt.

If you didn’t have enough emotion with the Titans, the mod also features a new dimension, which we reach after go to the dimension of the End and defeat the Ender Dragon. Once removed, we will have to carry an object called “Creepy Wither Doll” and place it on the floor at coordinates 0,0 (zero, zero) of the End dimension. Then we put in our hand the “Creepy Doll Wither” and right click. In this new dimension, we will find a lot of difficulties to defeat Whiterzilla.

Can be found at layer 14 or lower in the Overworld. Generates as only one ore block
Can also be found in The End, and in much greater density (similar to iron)
Is dropped by Titans (dropped in greater quantity if the Titan is stronger)
Can be made into anti-titan tools and armor
Extremely strong, but also on the tipping point between stable and unstable, and as a result, can’t be compacted into a block without a massive fission reaction.