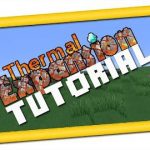 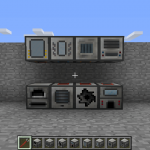 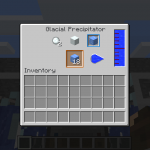 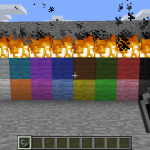 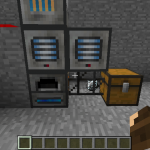 Expanding Minecraft Thermally! A server-friendly and content-rich blend of magic and technology!

Thermal Expansion Mod is the central mod in the ‘Thermal’ series. As the original Team CoFH mod, it contains various machines, tools and a bunch of other toys, most of which are based around Redstone Flux.

Thermal Expansion Mod started out as something that played well alongside BuildCraft, but it has grown to become so much more! It features a tech tree involving multiple machines, balanced and flexible recipes, and is now one of the foundation mods in modded Minecraft gameplay. Since its release, the Redstone Flux power network has become supported by the majority of tech and tech-related mods.
Thermal Expansion Mod Features:

Machines: Increase your ore yield, generate cobble easily, freeze water into ice, grow your crops and more! Make your machines even better using Augments!
Dynamos: Generate Redstone Flux using Steam, Lava, Fuel, Redstone, or even Sewage!
Devices: Activate things autonomously, teleport things around, send unwanted matter to /dev/null and launch your friends into the air!
Storage: Store your items, fluids or Redstone Flux securely and portably!
Lighting: Add some color to your base! Lighting blocks that can be any color and respond to Redstone signals in various ways!
Tools: Adjust blocks, measure all the things, copy machine settings and light forests on fire from a distance!
Florbs: Throw hot fluids at your enemies, throw less hot fluids at your friends or vice versa!
Mod Support: Look up recipes in machines, drink Ender through a straw, obtain research points from machines and forge shiny hammers!

Or how about a machine that could combine lava and water however you choose?

What if there were a wool that didn’t burn?

Or, what if you could set up advanced yet extremely compact production chains that didn’t require redstone engines or complex pipe routing?

Make sure you have already installed Minecraft Forge, CoFH Core and Thermal Foundation Mod.
Locate the minecraft application folder.
On windows open Run from the start menu, type %appdata%.minecraft and click Run.
On mac open finder, hold down ALT and click Go then Library in the top menu bar. Open the folder Application Support and look for Minecraft.
Place the mod you have just downloaded (.jar file) into the Mods folder.
When you launch Minecraft and click the mods button you should now see the mod is installed.