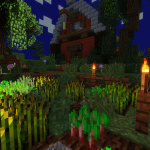 Spot It is an incredibly addicting and immersive Minecraft map that’s been designed for 2 players and we highly recommend getting into it if you’re looking for a map that can have you captivated from the moment you start playing. One of the best things about this map is the fact that its core gameplay is pretty straightforward so you’ll be able to start enjoying it from basically the second you get into it. Overall, though, this is a map that absolutely comes recommended from us as it’s simply too much fun to pass up on.

Gameplay
The gameplay of Spot It consists of two roles: The Spotter and The Difference. The objective of The Difference is to pick a block and then hide it and the objective of The Spotter is to locate this block. Spotters will only be given three attempts to spot the difference and will fail if they don’t do so in these three attempts. The map also comes with 8 different templates that players can hide the blocks in and each individual template comes with a completely unique design that you won’t be disappointed with at all. The variety of templates is great as it helps ensure that the Spot It map doesn’t start to become repetitive after a while.

Compatibility and Technical Aspects
The gameplay of Spot It is quite simplistic and, due to this simplicity, it’s a map that you’ll be able to run without any major troubles with compatibility or frame-rates as long as you play it on version 1.13.2 of Minecraft which, of course, is the only version of the game that the map is compatible with.

Conclusion
Overall, Spot It is a top-of-the-line map that’s easy to get into but insanely hard to let go of due to its addicting yet simplistic gameplay.

How to install Spot It Map?
Press the Windows or Start button, then press R. This will open the Run prompt.
Type %appdata% into the prompt and run the command.
A folder filled with other folders will now open. Just find the Minecraft folder among these and open it.
In .minecraft you will find another folder, saves. Unzip and move your world file into this folder and you’re all done.