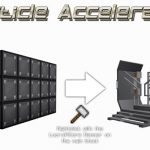 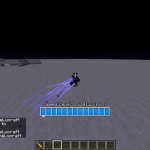 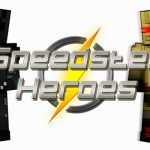 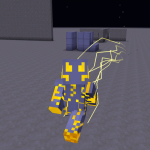 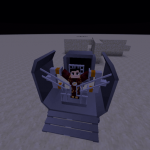 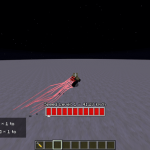 Speedster Heroes is a mod that adds various costumes or armor with special abilities. The main characteristics of these suits is that they will allow us to move around the world at a great speed, leaving a light trail as we passed. But not only that, if not that through a tier system can increase the speed of our costume and unlock certain special abilities.

The Speedster is a name appearing on the comic book series and The Flash movie, a word used for special, talented people who can move quickly, break all the limit of ordinary citizens without any attaching effects.

Moreover, they can tolerate highly for those additional effects such as the friction of the air, be unbreathable when moving too fast or being shocked when touching an object with fast speed. The author of this mod has used the name of “Speedster Heroes” to express superheroes including Zoom, Flash, Reversed Flash, etc. in this mod.

Speedster Heroes has included 17 armors set of famous Speedster in The Flash comic books. Every armor will have different ratios basing on three main types. It will bring a lot of power for the players: Speed, Light (its main feature is to decorate) and unique ability.

How to Use the Speedster Heroes Mod for Minecraft

In case you do not have a Minecraft forge yet, it is recommended to download and install it first.

Open the game folder and find the ‘mods’ folder. In the event that you do not find this folder, create a new folder and rename it as ‘mods’.
Paste the downloaded file “Lucraft core” within the folder .minecraft/mods

Launch the game. If you managed to follow the instruction correctly, you should be able to enjoy this mod.