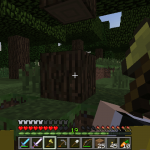 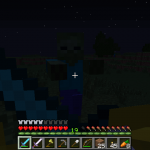 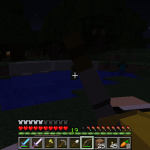 There are quite a few popular massively multiplayer online playing games on the market. However, every now and then there is this one title which manages to completely overtake the gaming industry. Minecraft has been this title for the last couple of years. It’s a seemingly simple game which provides tremendous and rather unlimited opportunities. However, it’s also pretty demanding if you want to get to the top levels.

With this in mind, there are a lot of additions which are going to make it a tad bit easier for those who don’t want to spend all their time gaming. Of course, there are also solutions which are going to make the game much more enjoyable and the Realistic First-Person Rendering Mod is without a doubt amongst. A mod is an addition that you install manually, and it provides extra features or items to the game. Let’s take a look at this one in particular.
The Realistic First-Person Rendering Mod for Minecraft

This particular mod is a visual enhancement to your game which is going to bring better animations. It uses the default system for renditions in the game which makes the Realistic First-Person Rendering Mod particularly compatible with other mods like Optifine, for instance. What is more, you it uses a single class file which is a breeze to fix.

Keep in mind that there are 5 different modes which are enabled by default, including the default one loaded by the game itself. Also, the shaders are going to break the first mode which is going to provide you with visible 3D arms as well as visible HUD and body. In any case, there are quite a lot of possibilities which are going to be presented to your game.

Keep noted that some items such as maps, for instance, are going to default to a model which has 2D arms instead of 3D arms. This is mainly due to the fact that these items are coded to work only with 2D arms.

In any case, if you’ve been looking for a significant visual boost to your game, the Realistic First-Person Rendering Mod is going to bring you all that you need. The installation is seamless because as we mentioned above, it’s a single class file making it particularly easy to run with a variety of other mods. Compatibility is not going to be an issue which is definitely a relief when you think about it.
Realistic First-Person Rendering Mod Installation: