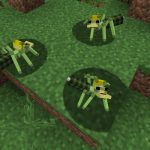 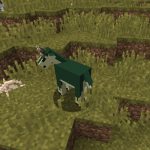 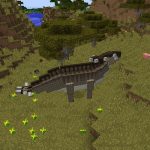 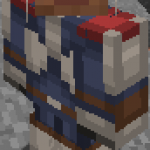 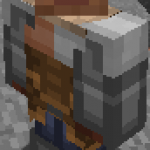 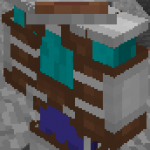 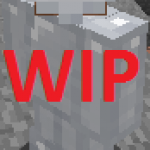 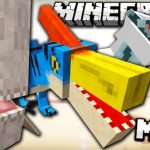 The biggest highlight of the Mob Hunter mod is the fact that it brings various mobs from the Monster Hunter series into Minecraft. Mob Hunter Mod’s basically a series of fantasy-themed RPGs by Capcom that revolves around slaying massive monsters for fame and glory.

The series has been around for over a decade and has managed to gain quite a lot of fans for itself over the years. A few particular fans, namely alxnns1 and Bright_Spark, have managed to replicate various gameplay concepts from this critically acclaimed series within Minecraft.

After applying this mod, your Minecraft world will be filled with various iconic mobs from the Monster Hunter series.
Armours:

Derring Armour: Armour favoured by explorers. It is sturdy and gets the job done.

Hunter’s Armour: A must have for the budding hunter. Hunter’s Guild approved!

Bone Armour: Made from the bones of, this light armour will keep you cool and protected.

Alloy Armour: A heavy metal armour made to withstand the strongest blows and leave you without a scratch.

Herbs: These hardy plants spawn naturally just about anywhere, if they weren’t so useful they’d be a problem.
Mushrooms: These fungi can be found growing everywhere and are very useful for hunters everywhere.
Large Berries: These berries are favoured by most herbivores and are a great source of tool-making materials for hunters.
Bug Nests: Telltale signs of nearby insects, maybe there are some in there.
Bone Piles: The leftovers of an unfortunate animal. Picked clean of any meat.

BBQ Spit: Great for all you’re monster meat cooking needs. Keep your eye on the meat though as if left for too long it will burn but take it out at just the right time and you’ll get a Well-done Steak!

Altaroth: A small Neopteron that can be found everywhere. They feast on fruit, mushrooms and honey by absorbing them. When they have fed recently their abdomens swell in size.

Kelbi: A small deer-like herbivore that can be found in most climates. Kelbi are agile and at the bottom of the food-chain, they use the small horns on it’s head to defend themselves against small predators.

Aptonoth: A large passive herbivore that can be commonly found in most climates. They swing their spiked tails to discourage small predators.

Popo: A large passive herbivore adapted to cold climates with thick hair that covers it’s body. Popo use their large tusks to compete and to defend themselves against small predators.

Gargwa: A flightless, plain-dwelling Bird Wyvern with vestigial wings. Gargwa are usually raised as livestock in villages due to their large eggs which sell for a high price.

Jaggi: A small carnivorous Bird Wyvern that can be found everywhere. Jaggi are the young males of their species and packs of them can take down just about anything that isn’t fast enough to run away by lunging at their prey.

Jaggia: A small carnivorous Bird Wyvern that can be found everywhere. Jaggia are the females of their species and can usually be found with a group of Jaggi vying for her attention.

Great Jaggi: A carnivorous Bird Wyvern that can be found everywhere. Great Jaggi are the larger alpha males of their species and, having beaten all the other Jaggi, are a formidable foe.

Velociprey: A small carnivorous Bird Wyvern that can be found in grassy areas. Velociprey are the young of their species. They use their striped hides to blend in with tall grass.

Genprey: A small carnivorous Bird Wyvern that can be found in sandy areas. Genprey are the young of their species. Their fangs are filled with a potent paralysing venom.