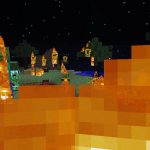 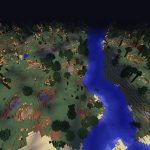 Epic Siege Returns Mod will make all mobs extremely difficult and dangerous with an unending lust for death and destruction using any and all means of attack to reach players. One might even say it’s just down right unfair.

Customisable awareness radius for most mobs (does not includes Ghasts & Endermen)
Creepers can breach through walls
Blazes spawn in overworld
Ghasts spawn in overworld
Ghast fire speed options
Wither Skeletons spawn in overworld
Creepers can spawn pre-powered
Creeper explosions are napalm/fire
Disable beds (still sets spawn but won’t change time)
Skeletons snipers
Endermen can teleport the player they are attacking
Endermen can act more like Slendermen having side effects on players
Zombies can infect the players when they die so that a zombie rises from their grave
Apocalypse mode for Zombies and Slendermen only and no other mobs or animal
Mobs attack villagers using the same abilities used against you! (Can wipe out villages)
Chaos mode for a mob free-for-all deathmatch (Mass destruction)
Fortresses containing large amounts of spawners and loot to find
Creepers riding other mobs
End is a frozen asteroid field with Dragon Forts!
Nether is a hellish version of the overworld
Attackers can divide themselves up between targets
Zombies can will dig and pillar up to you!
Mobs will attempt to evade player’s attacks
Spiders can web their victims to the ground
Mobs can swim underwater (no more underwater bases)
More persistent AI
Complete customization of all of the above features