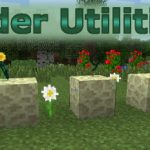 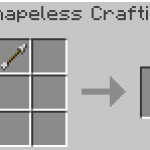 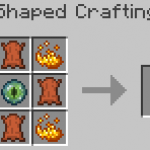 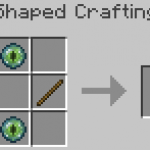 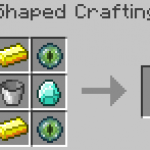 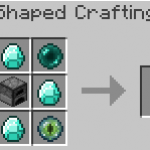 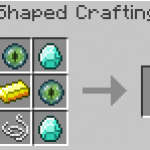 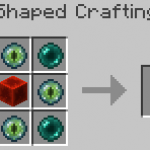 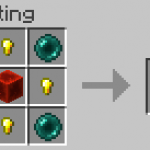 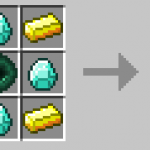 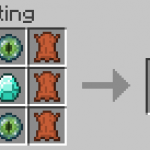 What is Ender Utilities Mod?

Ender Utilities Mod is a mod of “Ender” theme, which is in charge of adding various objects, weapons, tools and ovens. Some of the notable features of the objects that add this mod are the teleportation of mobs and animals or remote access, both to chests, ovens.

The arc of Ender which adds mod will allow us to teleport any entity to which we hit, he previously indicated anywhere. The same happens with the sword of Ender, although this has a “invocation mode” that allows you to summon three Ender mobs to attack your opponent.
Items:

Ender Arrows: The projectiles used for the Ender Bow. You get the arrows back after you shoot them, at least at the moment. (Thoughts?) Bonus: if you hit mobs with them (as in whacking the mobs with the arrows in your hand), it will randomly teleport the mob around you in a 10m radius. Fun for chicken tennis
Ender Bag (UNFINISHED): Sneak + right click on an inventory to bind the bag to it. It does nothing else yet, since it is currently unfinished. Also note the derpy placeholder texture
Ender Bow: Sneak + right click on a block to bind the bow to that location. After that any mobs you shoot with the bow (and the Ender Arrows!) will get teleported to that spot, cross-dimensionally. Doesn’t work for players (yet?). Black list config will be added later.
Ender Bucket: Ever get frustrated with carrying your inventory full of buckets to transport fluids or build something with fluids? Well this bucket can hold (by default) a maximum of 16 buckets of the same fluid at once! Can be emptied to the same fluid by sneak + right clicking. (a little bit incomplete still, probably only works for water and lava atm, and no mod tank interaction yet. Also doesn’t cause a block update atm. (bug or feature, what do you think?))
Ender Lasso: Sneak + right click on a block to bind the lasso to that location. After that any mobs you right click on will get teleported to that location, cross-dimensionally.
Ender Pearl (re-usable): Frustrated of carrying around several stacks of Ender Pearls to get around? Well these ones you get back after they hit and teleport you! Also only deals 1 heart of damage at the moment. (Thoughts about this?) Stacks only up to 4.
Ender Porter: Used for player self teleporting. Comes in two versions: a Basic version, which only allows teleporting inside the same dimension, and an Advanced version, which let’s you teleport to/from any dimension. Sneak + right click to bind to a location. Or Press Alt + Shift + Toggle mode key to also store your current rotation (camera angle). Hold right click to “charge” (takes 2 seconds in survival mode), and then release to teleport.
Ender Relic: Spawns a new Ender Crystal. For that to be useful for this mod, it must be done in the end, by right clicking on the bedrock block on top of the obsidian pillars (requires a 3x3x6 base of obsidian). Meant as a way to get new Ender Crystals, if all of them have been destoyed during the dragon fight. Can also spawn decorative (= not usable for this mod) Ender Crystals anywhere in other dimensions (no special requirements). Beware that they explode when taking ANY damage.
Ender Tools (Pickaxe/Axe/Shovel): Can teleport the block drops directly to the player’s inventory, or a remote location. If you add an Efficiency V enchant to them, and use them in the fast mode, they will instantly break most common blocks.
Jailer module: Can be right clicked on mobs to prevent them from despawning. This uses the item, if it does something for the mob. Can be installed to the Ender Lasso or Ender Bow so that teleported mobs won’t despawn. This does not use up the item/module.
Mob Harness: Allows you to mount and unmount mobs into other mobs or yourself.
Sneak + right click on a mob to “bind” (= remember) it. Then sneak + right click on another mob to mount the first one on top of the second one.
Sneak + right click on the same mob twice to mount it on top of yourself.
Sneak + right click with an “empty” harness on a mob to unmount that mob from the one it is riding.
Sneak + right click when looking up (> 80 degrees) to unmount the mob that is riding you.
Note: The mobs need to be within a 32 block radius from the player when trying to mount them to eachother!
Without sneaking, right click on a mob to ride it. Allows you to control most mobs (unfortunately not the ones that don’t have AI tasks, such as spiders or flying mobs.)
Portal Scaler: Can change the Nether Portal teleport scaling factor, if you right click with the item while standing inside a Nether Portal (does a custom teleport). It can also shut down or activate Nether Portals. Will also give you some math practice when calculating the scaling factors.

Ender Capacitor: A module that stores Ender Charge, which is needed for many of the items that teleport or transport something somewhere. Can be charged in three ways: 1) Right click an Ender Crystal in The End (4 times to charge fully) 2) Use an Ender Infuser and some Ender Pearls or Eyes of Ender 3) Build an Energy Bridge multiblock in The End and in each dimension where you want automatic re-charging.
Ender Core: Crafting ingredient and also a module needed by some items for some operations.
Link Crystal: A module that stores location information. Used in most modular items that can be linked to a location.
Memory Card (misc): A module that stores miscellaneous information. Used in some modular items that need to store some kind of information (like the Portal Scaler, which stores the scaling factors on a Memory Card).
Ender Alloys, Ender Stick, Ender Rope: Just crafting ingredients.

Ender Furnace: Faster and more efficient than a vanilla furnace. Can output to the owner’s vanilla Ender Chest. Has a 1000 item output buffer in addition to the output slot. Can also use Ender Pearls and Eyes of Ender as a fuel source, as well as any IFluidContainerItem items that have lava stored (such as the Ender Bucket or TE4 Portable Tanks).
Has three operation modes:
No fuel mode: Cooks one item in 60 seconds
Normal mode (green turtle): Cooks one item in 3 seconds. Cooks 1.5 times as much per fuel as vanilla furnace (12 items per coal etc).
Fast mode (lightning): Cooks one item per second. Uses twice the fuel per cooked item (6 items per coal etc).
Ender Infuser: One option to recharging the Ender Capacitors, using Ender Pearls or Eyes of Ender as the energy source. Meant as an earlier game Ender Charge source.
Tool Workstation: Used to add or remove modules to/from items.

Energy Bridge Transmitter (in The End)

Note 1: There can be nothing except air where the horizontal beams are, and only slightly light obstructing blocks (like Water or Glass) where the vertical beams are, all the way to the void/sky or the first bedrock block.

Note 2: Place the Resonators from the inside looking out, so that they face towards the middle.

Note 4: A red beam on a Receiver means that the Receiver is functional, but there is currently no active Transmitter.

Note: Please make sure you create a backup before installing any mods so you won’t have any issues with Minecraft.