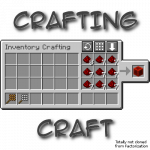 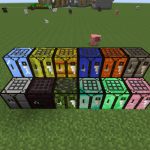 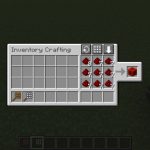 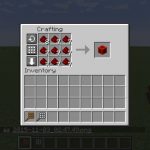 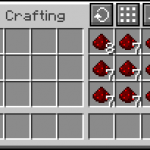 With so much possibility and potential, it is not hard to see what everyone enjoys about Minecraft. Players around the world are capable of creating their own versions of gameplay, with their own specifications and alterations. Anyone with the skillset can modify any aspect of Minecraft as they see fit, which has led to a great number of available mods for any player. Everything from the amount of items to the quality of the graphics can be changed, and the most popular mods are often the ones that improve the fundamental prospects of the game. The CraftingCraft Mod is one such improvement, changing the way that players everywhere perform one of the most crucial aspects of Minecraft.

What Is The CraftingCraft Mod for Minecraft?

With such blatant nomenclature, it should come as no surprise that the CraftingCraft mod for Minecraft is concerned with a player’s crafting capabilities. The mod itself renders the art of crafting, one of the core features of the game, much easier for the majority of players. With many different features that contribute to the functionality and convenience of the game, this mod does its best to rid the game of its tedious and boring qualities. Many players appreciate the various kinds of tables provided by this mod, from a standard portable crafting table to a stone crafting table or even a nether crafting table. When players use the portable crafting table, they are capable of utilizing the benefits of crafting at any point in their journey. The stone table prevents items from dropping, which enables users to pick up where they left off with any project. The nether table also provides interesting benefits that are best left explored individually.

How Does The CraftingCraft Mod Work?

The CraftingCraft mod for Minecraft was designed to function in conjunction with other craft-oriented modifications, such as the Crafting Tweaks Mod. While it can be used independently, it makes a bigger impact on crafting when used with others. It works by providing the user with a variety of tables to choose from in order to make crafting simpler and more efficient. Crafting tables are not readily available in all parts of the game, which makes the addition of a portable crafting table incredibly beneficial for the average player. The CraftingCraft Mod for Minecraft is a fundamental improvement on the most core function of the game, and many players stand to benefit from its use.