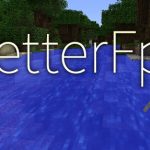 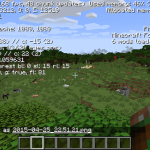 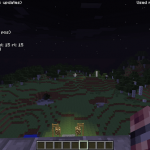 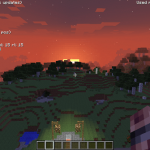 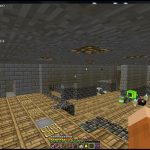 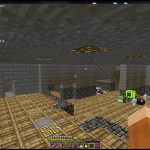 It’s not a surprise to anyone to hear Minecraft doesn’t have a very fluid or great framerate system. It’s been a problem for years and it’s a bit odd that is hasn’t been addressed yet. It’s also a bit odd that so many people experience the same issues when the visuals aren’t even that resource heavy. Even though it shouldn’t be an issue, players really need a good PC to be able to run Minecraft well without constantly freezing and crashing. There is a way you don’t have to spend a ton of money in order to still have good FPS, or frames per second, though. The BetterFPS Mod!

What Is the BetterFPS Mod?

Well, the BetterFPS Mod makes it much easier for your game to look smooth while also allowing your computer to run Minecraft with more ease. This mod actually changes the way the game calculates sines and cosines so that the game can function better. If you’re one of the many people who can only play Minecraft for a few minutes before your computer tries to overheat, you’ll love this mod. While it won’t solve all your FPS needs, it’ll make it to where you can actually play Minecraft again and enjoy the experience. You won’t have to deal with trying to turn your character and getting stuck halfway through a simple movement, won’t that be a relief?

The BetterFPS Mod for Minecraft has several different algorithms that you can choose from. Every algorithm is made to make sure the FPS is increased but they aren’t all created equally. You’ll see a difference with some, a few algorithms are suited for different situations, so it is normal to switch from algorithm to algorithm to get the best solution. In order to switch which algorithm you’re using on the BetterFPS Mod for Minecraft, you’ll be able to use the config file that is included with the mod itself. You could also use the in-game user-interface if you prefer to take the convenient route and use the F12 key to switch back and forth.

If you’re one of the thousands of players facing problems trying to run Minecraft and get a clear image of what you’re doing in-game, you need to get the BetterFPS Mod as soon as possible. It’ll make your gameplay enjoyable once again instead of forcing you to drag on and on in a land of lag. Check it out!

Download and run the latest version of Minecraft Forge for 1.11.2 API
Go to Start Menu > Type %appdata%/.minecraft/mods
Download the mod
Move the downloaded Jar (zip) file into the “mods” folder
Done and Enjoy the mod.