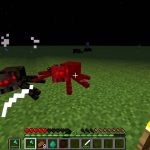 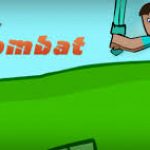 Better Combat mod will make you able to configure the combat system as you wish as well as make you be able to dual wield weapons for the best combat experience.

However, in spite of the game’s heavy emphasis towards combat, the system seems a tad bit lacking in certain areas such as customizability. If you frequently find yourself in combat scenarios while playing Minecraft then you’ll almost certainly enjoy using this mod.

The Better Combat implements a ton of configurable changes into Minecraft’s combat system and you can then customize each one of these changes exactly according to your preferences. It brings a lot of convenient stuff such as energy return when an attack doesn’t connect, gives attacks a wider reach, gives attacks a critical strike chance and it even allows players to attack people while sprinting if they have this option enabled which makes for a lot of great fast-paced combat scenarios.
Configurable Changes

Refound energy on missing an attack

Melee attacks have now 30% chance to critically strike, critical strikes can no longer be forced by falling

Every items can trigger the sword swipe animation

Add an additional sound when striking a target

Add an additional sound when a critical strike happen

You can now right click with an offhand weapon to strike. Weapons include Swords, Axes, Pickaxes, Shovels, and Hoes.

Additional information: Note that the “damage immunity” that target recieve when you strike them is not shared. This means that you can hit with both weapons at the same time and the target will recieve both of the damage.